HISTORY OF THE ENGAGEMENT RING IN HUNGARY

A jewel worn on a finger has for a long time been a traditional symbol of the alliance between men and women.

In Hungary the habit of giving engagement rings as a present and wearing them originates from the beginning of the 19th century.
In the 18th century the former engagement presents were continuously replaced by the jewels.

In the 19th century men expressed their emotions by giving rings to the women. These rings were made of silver with heart form head or with three stones – the largest in the middle. A girl could have and wear several gift rings at a time even from several admirers. Later these rings were replaced by the valuable golden ring of the most serious suitor. They were called „engaged” girls.

The wedding ring was exclusively a prerequisite of the church marriage which expressly showed the marital status. Later on the wedding ring gained such an importance that it became part of the engagement.

Wearing an engagement ring before the wedding meant a promise to marriage.

At the turn of the 19th –20th century, it happened as the following: The groom was the first to give a ring to his bride, receiving a kerchief serving as a similar sign in return from her. And last but not least both of them bought one for each other, or it was the groom who bought both. Another variant is also known, when the bride received two rings: a decorative ring – a so-called keeper ring – beside the engagement ring. The groom did not get any rings. 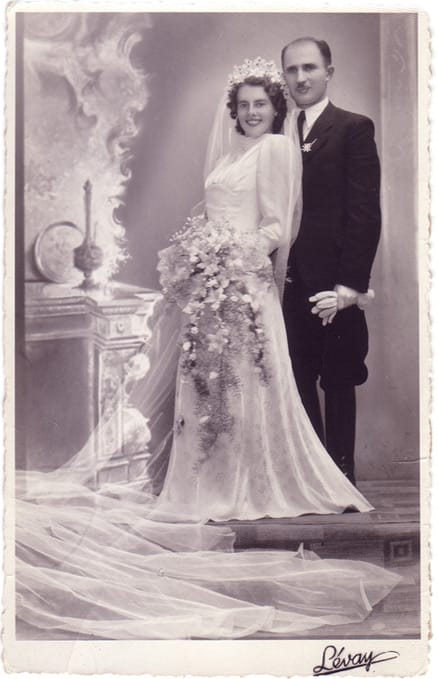 In the case of the final version, the man bought three rings, two of which the bride received, and the third remained his.
This tradition still is the most known above all, as the groom engages the bride with a lovely solitaire ring, often designed with a smaller diamond..
This ring is the proposing ring. For the ceremony itself, both the man and the woman choose a pair of wedding rings, by common assent. It was the 20th century when the simple ring became the pledge of love. It originated from Germany that a text showing the intimity of the message was graved inside the ring. Nowadays the name or nickname of the beloved person or the date of the marriage – rarely personal messages – appears inside the ring.

About the order in which rings are being worn:In the earlier centuries, each of the fingers had its own pragmatic and conceptional meaning. Every finger was used for different – dirtier or cleaner – tasks; obviously due the methods of hygiene which were completely different from what we know in the 21st century. The fourth finger served as the ring-finger. In spite of the fourth finger it was prohibited to wear a ring on the third one as it was the “obscene, unclean and despised” finger. Those who did it were held women of easy virtue.

Back to the ring-finger: the tradition – that a blood vessel leads from the left hand’s fourth finger directly to the heart and that is why this finger is especially apt for wearing a ring of love – originates from the ancient Greek and Roman cultures and remained unchanged until the 20th century although it has been anatomically proven to be untrue. According to astrological ideas from renaissance times the fourth finger belongs to the circle of the Sun which holds a lot of happiness and positive allurement.

In these days the wedding rings are worn on the fourth finger of the left hand when the couple is engaged and they appear on the fourth finger of the right hand when the wedding takes place, and from that moment on the wedding ring shows our feelings and our life long choice. Fortunately the lack of choice which characterized the market before the political transformation has disappeared. There are beautiful white gold engagement rings with brilliants, wedding rings with exciting design and in many colours showing the fresh European fashion.

We’d like to make it clear to every single one of our customers that, the traditions can be mere guidelines from time to time, too. These customs that were created mostly by folklore and beliefs of olden times have been replaced by practical, emotional and cultural variety. We usually advice our customers to wear the wedding ring on the desired hand, the one it feels more comforting on.